In comparing net2phone’s solution to its former system, it was clear that the upgrade to net2phone would result in significant cost savings and its functionality increased immensely with sudden access to advanced telephony features engineered to drive business performance. 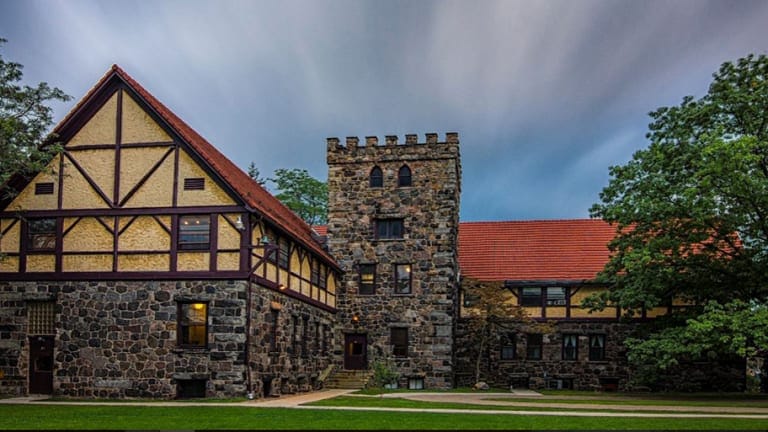 Established in 1897, the Roycroft Campus is one of the original centers of the Arts & Crafts Movement in America, and remains the best preserved and most complete complex from the "guilds" that evolved in the United States at the turn of the 20th century. Designated a National Historic Landmark in 1986, the Roycroft Campus today serves as a popular tourist destination and a hub for educational classes, lecture series, artisan studios, historical exhibits, and more. With thousands of visitors touring the attractions every year, the Roycroft Campus depends on its phone system to complete bookings and communicate with interested visitors.

The Roycroft Campus was relying on a traditional on-premise PBX system that was nearing its End of Life (EOL) and was no longer being supported by its vendors. Even with the hours of programming required to make the physical devices fully functional, the system itself was severely outdated. Following 6 years of minimal functionality and constant problems, the Roycroft Campus was still hesitant to upgrade its phone system as they were not in the position to incur the major up-front costs typically associated with upgrading necessary business technology.

After several unsuccessful attempts at resurrecting the system, it was clear that the Roycroft Campus needed to move forward with a new solution - and quickly! While they were grateful to finally be rid of the headaches from its former system, the Roycroft Campus leadership team were concerned about incurring heavy costs, especially given the challenging economic times brought through by the Pandemic. The Roycroft Campus’ IT consultant presented a myriad of different options for business phone providers but days and weeks would go by with no response to their initial sales inquiry. The Roycroft Campus was in desperate need of a phone solution that could deploy as soon as possible. With every passing minute that its phone system was down, they would be missing critical calls.

Like many businesses across America, the Roycroft Campus team transitioned to a remote work environment to adhere to national stay at home orders. In preparing to work remotely indefinitely, the Roycroft Campus enabled its phone system’s call forwarding function to route any incoming calls to its employees’ mobile devices. Following weeks of telecommuting, the Roycroft Campus team returned to the office just to see that the on-premise system housing its business phone calls had a fatal error and had died. This meant that any time a potential customer called to request information they were met with a dial tone and the Roycroft Campus Team had no way of receiving messages. Not only did this lack of communication hinder its customer calling experience, but it could have also resulted in a major loss of revenue opportunity.

The telecommunications industry has a reputation for engaging in unscrupulous practices when it comes to pricing structure. While the Roycroft Campus was eager to finally have a top-quality phone system, they were waiting for the other shoe to drop and prepared to thwart the pressure of an upsell. Rather, they were only met with support and understanding throughout each interaction. net2phone’s core value is its commitment to customer success. Whether it be interactions with clients, partners, or prospects, net2phone believes in delivering the highest value of care to ensure success.

Once the Roycroft Campus deployed the VoIP solution, net2phone offered to review its former system and phone bills. In comparing net2phone’s solution to its former system, it was clear that the upgrade to net2phone would result in significant cost savings. Not only did the switch allow it to save money, but its functionality increased immensely with sudden access to advanced telephony features engineered to drive business performance. The net2phone Client Portal lists the history of every incoming and outgoing phone call made through the system and includes a tab to illustrate who is on the phone in real-time, allowing administrators to seamlessly audit its usage. Features like SMS messaging and the voicemail to email functionality enables the Roycroft Campus team to connect through various mediums, ultimately saving time and effort.

Should the Roycroft Campus be required to return to remote working, they are confident in knowing that their phone solution is being supported by net2phone, and that their clients will never again be met with an error message. Whether they experience a challenge, need to scale their system up or down, or simply require training on a newly launched feature, net2phone’s US-based and bilingual customer support team remains accessible.

“I never felt as though there was an ulterior motive to all of the net2phone team’s generosity. They were genuinely wanting to help, It was very refreshing to work with a company that wasn’t about the almighty dollar.”