net2phone decimated BOSAL’s monthly calling costs, and provided a modern, scalable telecommunications service that will continue to save the company thousands as it continues to grow. 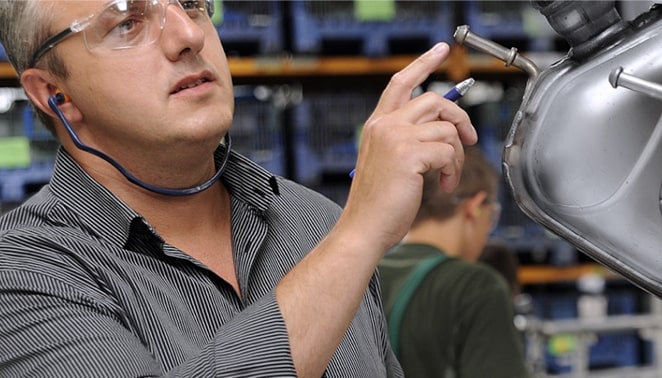 Founded in 1923 in the Netherlands, today, the BOSAL Group remains a family-owned company, employing 4,700 people in factories and offices all over the world, with its head office in Lummen, Belgium.

BOSAL also has locations in the US, and it was from these that the company was racking up huge monthly phone bills in international calling – more than two-thirds of which were to the HQ in Belgium.

Thanks to its global presence, BOSAL is ideally placed to meet the requirements of the 24-hour global economy.

One of the BOSAL’s key strengths is agility – which isn’t something that can be said for every company of its size and scope. And it was with this in mind that BOSAL recognized that its outdated telephone system was in drastic need of an update.

BOSAL had 55 phones in total across two locations in the US. From these, the company was spending a colossal $1,500 per month on international calls, $1,000 of which came just from calling their own office in Belgium.

While researching options, BOSAL decided to look into Hosted PBX business phone systems. Completing its due diligence, the company discovered the by switching to a cloud VoIP service it could potentially save big bucks on its international calling. Ultimately, BOSAL selected net2phone because we offered a plan that was both a great fit for the company's calling patterns, and we coulda also deliver it at a price that no other provider could come even close to matching.

At net2phone, we’re a leading provider of Hosted VoIP solutions.

While other providers offer tiered licenses, our one-size-fits-all solution means that net2phone seat licenses include all features, meaning that there were no additional costs as BOSAL added all the functionality it needed.

With our advanced feature set, each BOSAL user received their own number, voicemail, voicemail to email, find me/follow me, live record, presence panel and user portal – and the whole phone system is all completely hosted, managed and maintained in the cloud by net2phone.

Specifically, we were able to provide a line/seat unbundled model, which differed greatly from the line/seat bundled models that other Hosted PBX providers were offering. Because we were able to unbundle the 24 lines and 55 seats BOSAL needed, net2phone was able to offer the very best price anywhere on the market.

Furthermore, the BOSAL leadership team travels the globe regularly. They were able to take advantage of the free and included net2phone Mobile App to take their business phone service on the go and stay connected with clients and employees worldwide.

BOSAL was absolutely delighted with net2phone’s worldwide local dial tone capabilities. With each seat, BOSAL received unlimited minutes to the US, Canada, Mexico, and 40 other countries all around the world – including, of course, Belgium.

With our global reach, BOSAL was able to save nearly as much in calls to Belgium alone as the cost of the total Hosted PBX sale. In all, with net2phone’s free calling allowance, BOSAL saved more per month than the total Hosted PBX monthly sale agreement – a fantastic result for the company.

BOSAL was able to easily integrate the net2phone solution into their current plant external paging system, maintaining their investment without additional cost.

What’s more, because we had the ability to unbundle the total number of lines and seats needed, net2phone was a further 20% less expensive per month than all other providers.

And it doesn’t stop there. Due to our low-cost model, net2phone is able to add users at half the cost of competitors, and this will save BOSAL even more money as the company continues to grow.

No other competitor on the market could come anywhere near net2phone on price, and BOSAL is now saving thousands of dollars every year in international calls.